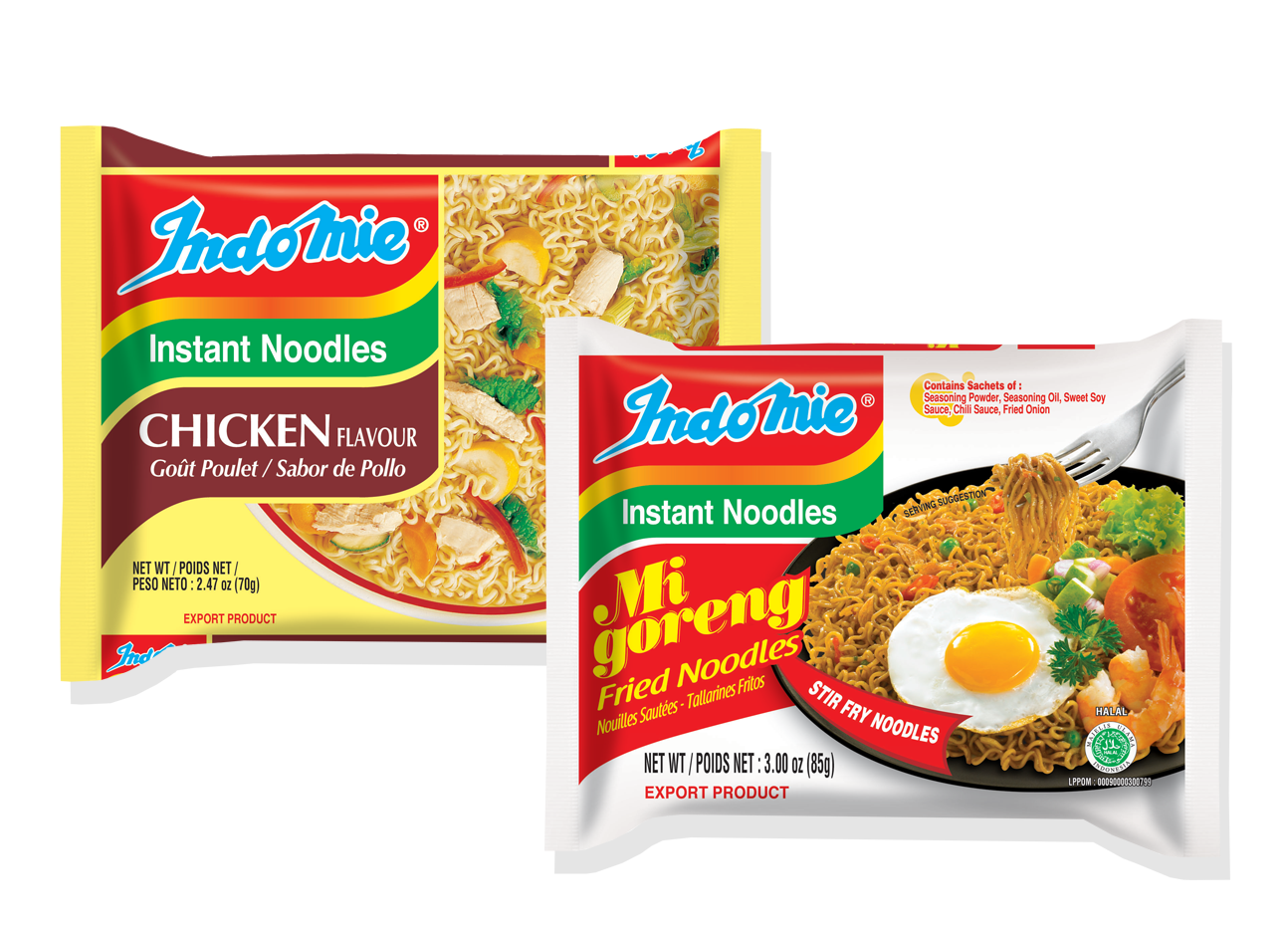 Indomie was one of the pioneers of instant ramen originated in Indonesia, the 4th most populated country in the world. From its humble beginning in 1971, Indomie has grown to become a staple product and is the number 1 instant ramen brand in the Indonesia. Its popularity has spread to consumers to over 80 countries around the world such as Malaysia, Singapore, Australia, New Zealand, The Netherlands, Germany, Korea, Hong Kong, Turkey, Serbia and many more.

In the United States, Indomie started its journey in 1987. The first consumers were people of Indonesian heritage who longed for their authentic cuisines from Indonesia. Indonesia is popularly known as “the Spice Island” and since ancient times, many merchants from all over the world came to the island to trade on spices. Indomie instant ramen captures the authentic taste of the magical spice island in the “mi goreng” variant. Mi Goreng is a famous stir-fry noodle dish, prepared with spices, sweet soy sauces, vegetables, meat and eggs, sold from street vendors to high-end restaurant in Indonesia.

The authentic taste of Mi Goreng is captured in Indomie, made from carefully selected ingredients, best quality flour, fresh spices from the natural resources of Indonesia. It comes in a versatile package with 5 separate sachets of spices: seasoning powder, fried onion flakes, garlic oil, sweet soy sauce and chili sauce and it only takes 3 minutes to prepare. Have it as a snack or a meal by adding your favorite protein and vegetables.

Indomie is perfect for those who are time strapped with an active life style, and looking for flavor. The delicious taste of Indomie Mi Goreng has grown in popularity in the United States as people yearn for authentic Asian flavors.

As a matter of fact, the Los Angeles Times has voted 2 flavors from Indomie as their number 1 and number 10 in their 2019 Instant Ramen Power Ranking ( https://www.latimes.com/food/story/2019-11-05/instant-ramen-power-rankings-lucas-peterson ). “They all mix together to become, how do you say, totally and utterly heavenly?,” according to the author of the article.

Indomie was also listed by Roger Ebert, a famous film critic, as one of the best gifts for Christmas. ( https://www.rogerebert.com/roger-ebert/the-twelve-gifts-of-christmas ).

In the United States, Indomie is available at these outlets:

o   And many other independent Asian stores